Keep the train moving while weighing 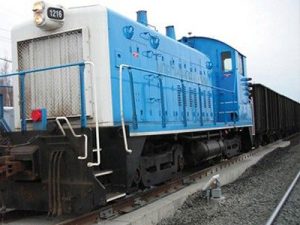 Eliminate the costs and hazards of uncoupling and positioning each car for weighing by weighing in-motion. METTLER TOLEDO's Coupled In-Motion Rail Scale facilitates safe and accurate weighing of an entire train at speeds up to 10 km/hour (6 mph) to get goods to their destination faster. 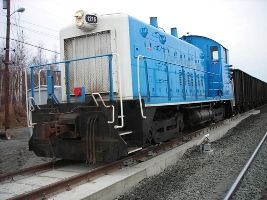 No matter how demanding your application is, METTLER TOLEDO has a railroad track scale to handle the job. VRS241 scales are available for static weighing or coupled in-motion weighing. Choose between two deck options: a concrete deck with manholes and a steel deck with removable plates. Both provide easy access to the load cell network. VRS241 scales are designed to handle the massive loads applied by rail traffic. They are built to last, with the strongest structural components fully supporting the rails. METTLER TOLEDO scales are designed to weigh rail cars safely, accurately, and reliably.

The static version of the VRS241 scale weighs uncoupled rail cars that are stopped on the scale. A typical installation consists of two weighbridges that are spaced to provide single-draft weighing for various lengths of rail cars.

The coupled in-motion (CIM) version of  the scale weighs rail cars that are coupled together and moving across the scale at 3 to 5 miles per hour. It makes weighing quicker and safer by eliminating the need to uncouple rail cars and position them on a static scale. 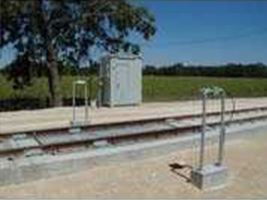 7260 rail scales provide accurate weighing of rail cars. Coupled, in-motion scales are designed for weighing rail cars that are coupled together and moving across the scale at 3 to 5 miles per hour. The weighbridge converts a section of railroad track into a scale. Weighbridge is designed to meet AREMA requirements for Cooper E-80 loading. POWERCELL load cells transmit a powerful signal for accurate, reliable weighing.

Model IND9R86 scale controllers weigh coupled railroad cars while a train is in motion, eliminating the costs and hazards of uncoupling and positioning each car for weighing.
Description

The IND9R86 dynamic weighing controller, integrated with a METTLER TOLEDO dynamic rail scale, allows for automated weighing of entire trains as they cross the scale at speeds up to 10 km/hour (6 mph). Individual railcar weights are obtained without uncoupling of cars, and train total weights are calculated. Railcar identification information from an RFID tag is integrated into the weighing record. The controller stores and prints weight information for any length train, even those exceeding several hundred cars, and provides data storage for hundreds of trains.